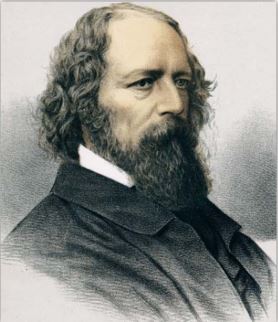 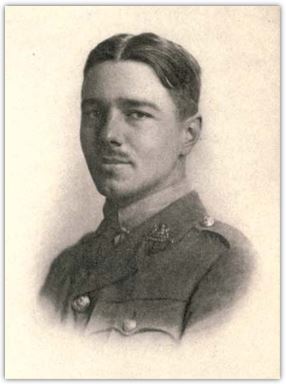 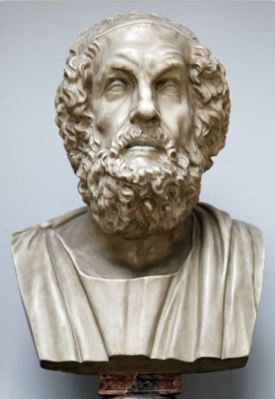 What passing-bells for these who die as cattle?
Only the monstrous anger of the guns.
Only the stuttering rifles’ rapid rattle
Can patter out their hasty orisons.
No mockeries now for them; no prayers nor bells;
Nor any voice of mourning save the choirs,
The shrill, demented choirs of wailing shells;
And bugles calling for them from sad shires.
What candles may be held to speed them all?
Not in the hands of boys, but in their eyes
Shall shine the holy glimmers of good-byes.
The pallor of girls’ brows shall be their pall;
Their flowers the tenderness of patient minds,
And each slow dusk a drawing-down of blinds.

Wilfred Owen, who wrote the lines above, is today remembered as the poetic personification of World War I trench warfare as bloody futility. However, when war broke out in August 1914, many poets wrote in praise of patriotism and the glory of war, the noble duty of Youth to die in battle. 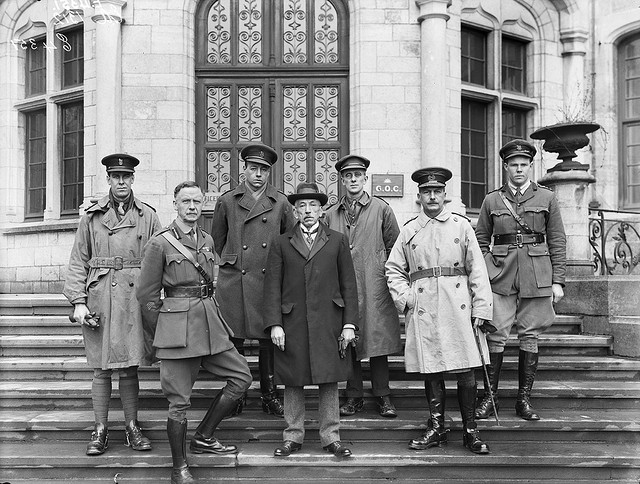 During the war the most famous poet was Rupert Brooke, who had been a recognised author before hostilities began and whose reputation grew despite (or perhaps because of) his early death. Following Brooke’s death in 1915, his five sonnets collected as 1914 included this one:

Blow out, you bugles, over the rich Dead!
There’s none of these so lonely and poor of old,
But, dying, has made us rarer gifts than gold.
These laid the world away; poured out the red
Sweet wine of youth; gave up the years to be
Of work and joy, and that unhoped serene,
That men call age; and those who would have been
Their sons, they gave, their immortality.

Blow, bugles, blow! They brought us, for our dearth,
Holiness, lacked so long, and Love, and Pain.
Honour has come back, as a king, to earth,
And paid his subjects with a royal wage;
And Nobleness walks in our ways again;
And we have come into our heritage.

During the war, poetry changed from an initial emphasis on patriotism as in the poem above to later expressions of grief and the revulsion many soldiers and others felt with the mounting death toll and battlefield stalemate. Even the poet of imperialism, Rudyard Kipling, wrote this after his son was killed at the age of 18 at Loos in 1915. (John Kipling was last seen stumbling through the mud, screaming in agony after a shell had ripped his face apart. Remains which may have been his were not found until 1992.)

These were our children who died for our lands: they were dear in our sight.
We have only the memory left of their hometreasured sayings and laughter.
The price of our loss shall be paid to our hands, not another’s hereafter.
Neither the Alien nor Priest shall decide on it. That is our right.
But who shall return us the children ?

That flesh we had nursed from the first in all cleanness was given
To corruption unveiled and assailed by the malice of Heaven –
By the heart-shaking jests of Decay where it lolled on the wires
To be blanched or gay-painted by fumes – to be cindered by fires –
To be senselessly tossed and retossed in stale mutilation
From crater to crater. For this we shall take expiation.
But who shall return us our children ?

Change of the Light Brigade

The Charge of the Light Brigade

What Are We Fighting For?

Dr Santanu Das gives an introduction to the poetry of the First World War, providing fascinating commentary on a range of topics, supported by literary manuscripts and historical footage.